This is FriendShip Cruises

We are a group of ship-enthusiasts who fell in love with a piece of Finnish maritime history – the former ”speedqueen” of lake Päijänne – Tehi. So we decided to save her – and put her into a new traffic, making sightseeing cruises from Porvoo.

Our ideals are recycling, caring for the environment, friendly service and offering affordable prices. This can be seen for instance in the fact that in 2017 we were one of the cafés offering the lowest prices in Porvoo. It can also be seen in that the goal from the beginning was to use second-hand material as far as possible – just because that was said to be impossible.

At the same time we wanted to save as much original as possible of what used to be the Tehi. This can be seen in the lovingly restored original side panels, in the original lighting fixtures and hat-shelves, and the original ceiling. The rest of the interior comes from an old restaurant and a closed down café.

So, this might really be the beginning of a beautiful FriendShip!

The ship has a café, a bar, toilet and a sundeck. 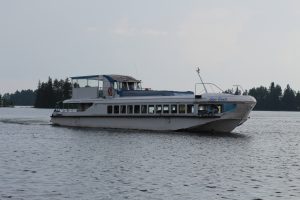 Suvi-Tuuli was built 1962 in the Soviet Union as a hydrofoil of the Raketa-class. She was named Tehi, and owned by the cities of Lahti and Jyväskylä through their jointly owned company Päijänteen Kantosiipi Oy and was put into service between the two cities. As a hydrofoil she reached a service speed of 32 knots with the help of a 1300-horsepower engine. That made her even faster than the pride of Finland – the GTS Finnjet. As the Tehi she stayed on this route for 21 summers, until 1982.

After that the foils were removed and she started cruising on the lake Päijänne under different owners until 2004 when she was moved to lake Pyhäjärvi, and was renamed Suvi-Tuuli. She was sold in 2009 to Tuusvesi Oy, and moved to Juojärvi. In the summer of 2016 she was sold to Oy FriendShip Cruises Ab, and was moved to Porvoo in 2017.  The first cruise was on Friday July 14th 2017. 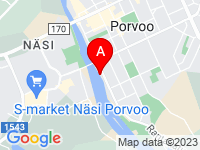